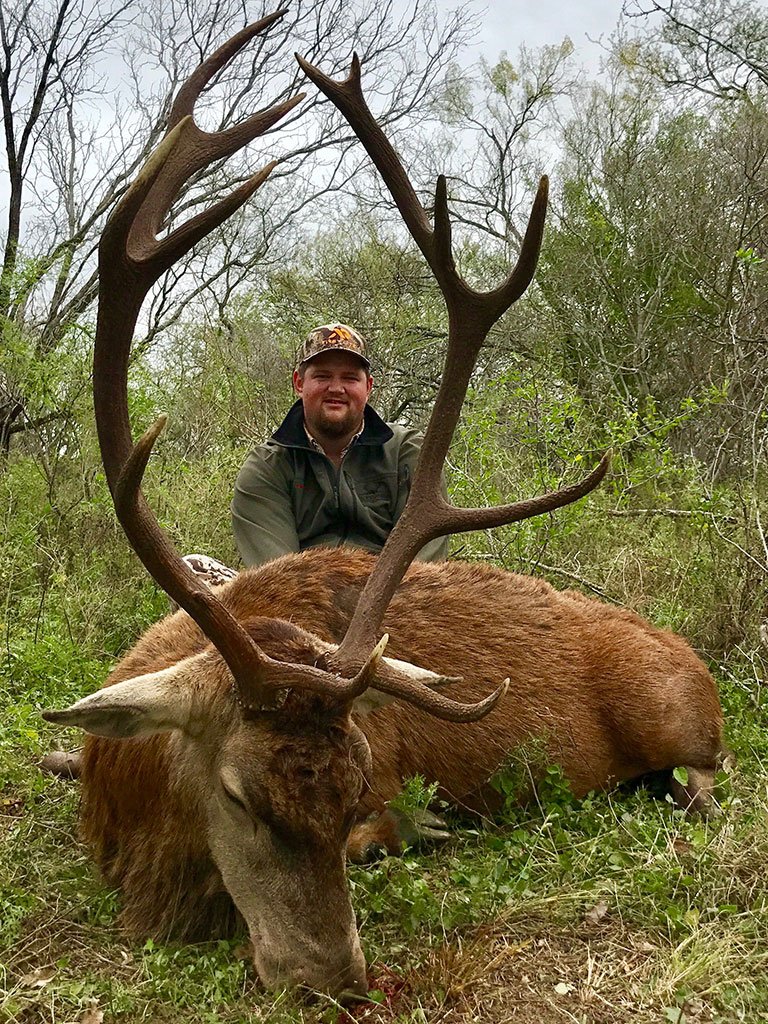 Hailing from Waco, TX, Dan’s been a professional hunting guide for 6 years- but he’s been hunting anything and everything in Texas since he was 8 years old. At 18- he started hunting all around the world. To Dan, the hunt is about more than the size of the trophy you take home, it’s about the bonding and experiences that happen along the course of the adventure.

“There’s nothing like the outdoors,” Dan says, “Being a guide and getting to participate in a kid’s first hunt, or just being a part of someone’s journey to loving the outdoors- that’s what it’s all about.”

He’s always known his calling was the great outdoors: from captaining the Wildlife CDE team in FFA at his high school, to his selection as a cadet at South Texas Buckskin Brigades and East Texas Feathered Forces Brigades. Loyal to the Lone Star State, Dan got his degree in Wildlife Recreational Entrepreneurship from Texas A&M in Kingsville.

Get to know Dan

What is your favorite thing about being a hunting guide?

Hunting with kids is my specialty. Nothing brings me more joy than being outside and having fun with beginners who are so curious and excited- whether we harvest an animal or not. Seeing younger generations take such an interest in hunting, or even seeing that first spark when they’re learning the ropes makes each trip special.

After an entire month straight of baiting and guiding leopard hunts in South Africa, I got the

opportunity to hunt one for myself. On the fifth full night of hunting over the

same bait- an exceptional male came in and presented a once in a lifetime shot. I will never forget that sense of accomplishment I felt when I finally put my hands on that beautiful,

What was your favorite hunting trip of all time?

I got the opportunity to guide a 9-year-old, extremely passionate hunter named Oliver to his first buck with a bow. At first light we had ten young bucks feeding within ten yards of our blind, and we soon saw a huge deer that we’d never seen before on that ranch- a ghost deer. He came in, and Oliver put a perfect shot on him and he ran off, but died within sight. Taking a perfect shot at a deer that big with a 9-year-old kid shooting a 30-pound draw bow AND being able to watch him go down was nothing short of a miracle, and we were both extremely excited!

What do you like to do outside of work?

I like to have fun with whatever I’m doing, and I’m a bit of a jokester in all parts of life except hunting. When I’m not on a hunt, you can find me fishing and enjoying quality time with my best friends.